Demystifying Unrelated Business Income Tax: What You Need to Know

In the world of self-directed IRA’s we are constantly dealing with areas of gray, none more so than Unrelated Business Income Tax (UBIT). As soon as you have a good handle of the types of transactions that you can do, you have to figure out if the income that those investments generate is taxable.

UBIT was designed by the IRS so that charitable organizations wouldn’t have a benefit over for profit organizations if they had an income producing part of the business that wasn’t tied to their exempt status. The IRS has now ruled that it may also apply to certain types of income that is generated within your IRA.

In most cases, the net income that your IRA generates would be exempt from UBIT. Typically, IRA investments generate “passive” income, for example interest income, rental income, and dividends or distributions. The sale of Real Estate would also be considered “passive” as long as the intention of the purchase was for appreciation or long-term gain. Rare exceptions exist where the IRS would consider an investor an active participant and the income would be taxable.

Unrelated Debt Financed Income (UDFI) is a subset of UBIT and applies to any income that is generated from an asset that is purchased using financing. UDFI is based on the Net Income of the property, not the revenue that is generated, and the first $1,000 is exempt from taxation. In addition, the percentage of taxable income is based on the ratio of debt on the property, so as the debt of the property decreases so does the tax. For example if you purchase a property for $200,000 with $100,000 down and finance the remaining $100,000, 50% of the net income would be taxed. After a few years if you reduce the debt to $80,000, only 40% of the net income would be taxed.

When the time comes to sell an asset, if there were any debt in the previous twelve months, the gain would also be subject to UDFI. At this time the calculation changes and the percentage is based on the debt in relation to the sale price. Based on our previous example, if you sell the property for $400,000 with an $80,000 debt, 20% of the gain would be taxed.

Both UBIT and UDFI tax are reported on IRS form 990-T and should be prepared by your accountant. 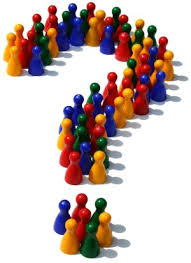 Join us for a webinar focused on answering YOUR questions about self-directed retirement accounts. We'll have a brief overview of self-direction and then we'll answer all your questions. You can now send us your questions in advance. When you register for the webinar simply type your questions in the Questions & Comments box. We'll answer all the questions we receive in advance and any asked during the live webinar. You can learn more about the types of investments that are available with a self-directed account, how the setup of your account is completed and how you go about making an investment. You'll also learn some sophisticated ways of maximizing your flexibility with an STC account. Now's your opportunity to learn how you can best utilize a self-directed retirement account with STC to grow your retirement wealth.